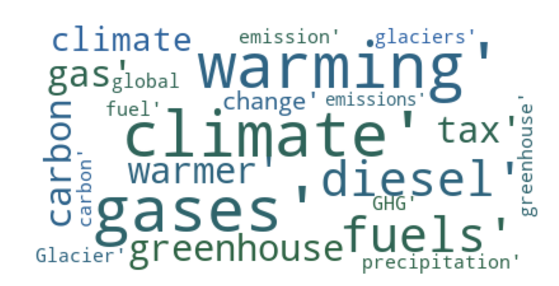 We talk more and more about climate

The plot below shows the number of quotes related to climate for each year : 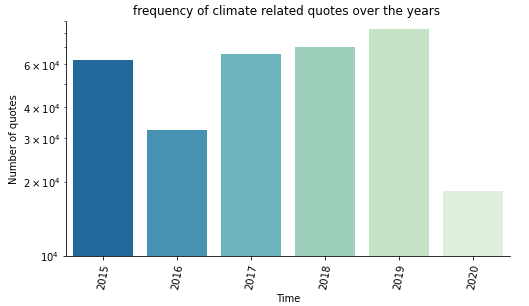 Unsurprisingly, we can see that from 2015 to 2019 the number of quotes that talk about climate have been rising (stat test ?), except for the year 2016 and 2020. This rise is explained by the fact that we are more and more aware about climate change due in particluar to the huge mobiblization of the younger generation. Indeed, at only 15 years old Greta Thunberg became the leader of an ecologist movement during the summer 2018 and her reputation has not stopped growing since.
Concerning the gap in the years 2020, the quotebank dataset has not extracted quotes since April 2020, that is why this year has less quotes. For the year 2016, the gap could be explained by the fact that the dataset is incomplete, or that there was actually less talks about climate. The 8th November 2016 Donald Trump was elected President of the United States and the election was a major mediatic event. That could have let less space in the press for talking about climate and this could explain this gap. But still, the difference is huge (chiffre!) and that is unlikely that this is the only explanation.
In order to better understand this phenomena we can look at a monthly visualization of the temporal evolution of climate change speech in the newspaper : 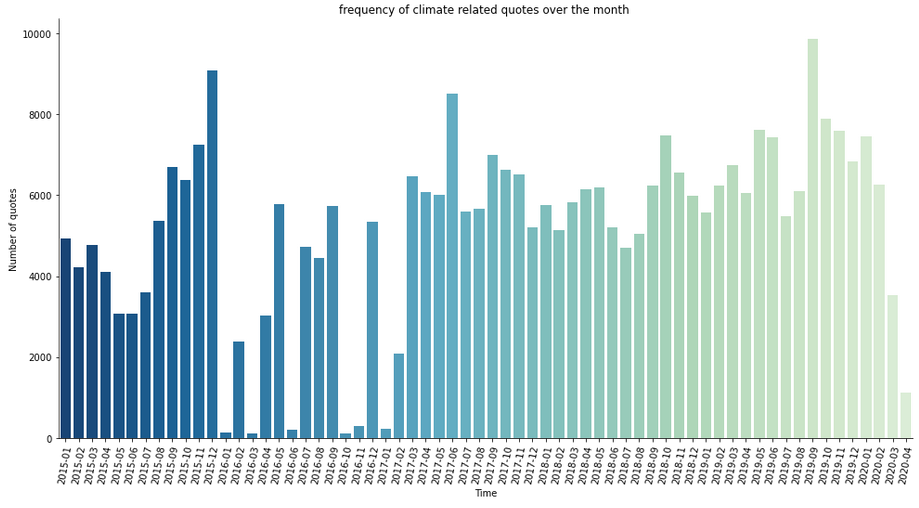 During the year 2016 there is a huge disparity in the number of quotes across the months. We can assume that the gap is mor elikely explained by a lack of data. The lack of data could be in the original dataset or in the quotes extraction we did in the first place of this project. In order to test that we could compare with the temporal evolution of the number of the total quotes in the original dataset Quotebank.